Fashion indeed come and go. However, there are some things that even time itself cannot get rid of.

One of which are pill box hats.

This is also the reason why many people are still looking for new ways on how to make pill box hats in the best way possible.

In this article, we will be showing you all there is to learn about making your own pill box hat by discussing to you each of the steps along with the things you need to have and to do to make the right one.

1. First you should turn the jar upside down

The first thing you should do if you want to make a pill box hat is to turn the jar the other way around, specifically speaking, upside down.

This should be placed on the felt. You can also use your own pen when it comes to tracking the jar’s mouth. Then make two circles on its felt.

There should also be another felt on the other interface which will serve as the hat’s upper portion. Note, though, that this also depends on the jar size. But the usual size of the felt circle is around 3.5 inches.

2. Do a cut on the two felt circles

The second step is to do a cut out on the two felt circles. This is the time when you need to choose two sides, the right side and the wrong one, to make it easier for you to pattern it later to your own design.

After that, you need to carefully cut the interface and slowly lay it across the felt. Make sure that it’s already well laid out before you start fusing it together with the felt interface.

Now, it’s time to work on the second felt circle by placing the wrong side which you determined earlier to the top of the interface.

If all are already connected, then you can start sewing the three circles under one connection. And make it close to the edge-most part.

3. Get a ruler and use it for drawing rectangles that have same size on the left 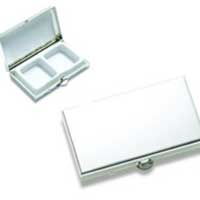 Doing this will then create the side portions of the pill box hat. But take note that the size of your rectangles do not really matter.

Why? Well, because you are just going to cut off any excess sidings once you are done. What is important, though, is that the height stays around at least two inches.

4. Remove the three rectangle shapes from the pill box and cut them off

Remove the three rectangle shapes from the pill box and cut them off entirely. Choose both of the sides you dealt with earlier, and then connect the felt into the rectangle interface.

Now it is time to deal with your felt. To do this, make sure that the wrong sides are the ones that face outwards. Then pin their rectangle edges to the circle’s own edges.

Slowly tuck away any excess rectangle sidings. You can also use a sewing machine to work on the rectangle edges found on the felt’s circular area.

Just make sure that you stop when you start reaching the rectangle’s starting section. You can also use small regular stitches if you like hand sewing over machine sewing by simply taking both of the ends together.

Start cutting off the rectangle’s excess areas while the wrong sides of your cloth are still faced outwards.

This will end up with a 0.25-inch tail, which is why you should then support it with an adhesive such as fabric glue to close its circle and sew its loose end. 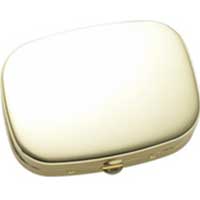 You can also use your sewing machine if you have one in case you want to make the process easier.

Knowing how to make pill box hats is not really that hard. You just need to follow the right method.

In this case, the next step is to now start sewing the elastic comb. Make sure that you have the right measurement on how much elastic you want to cover out your head’s back.

We also recommend that you shorten it a bit at least a few inches so that there will be no loose ends. Note that this should connect both ends to the felt’s wrong side. It would also be better if you use small stitches instead of the bigger ones.

Then start sewing through the felt’s single layer. You might also try using a hair comb to further refine it. Then cut a small strip of the excess felt, just long enough to cover up the comb’s top portion.

Once you do that, you can then start laying the comb on the hat’s opposite side with its upper portion above the comb. You can then lay the felt directly above it. Connect it directly to the hat using any kind of glue.

However, we recommend fabric glue to ensure that it sticks tightly and doesn’t mess up. You can also start doing small stitches that go through directly the felt’s upper layer.

8. Lastly, it's time to add different decorations as you wish

Then flip the hat the other way around with its wrong side facing inward now. This is the time you can add different decorations such as feathers, ribbons, veil, and even cufflinks. And there you have it, you have just made your own pill box hat.

Concluding all of this, you can see that knowing how to make pill box hats is not really that difficult.

You just need to learn the right methodology and steps so you can do it correctly. Just follow the steps we have discussed in this article, use the right tools, and pour in some bits of creativity and you’ll be rocking your pill box hat in no time.